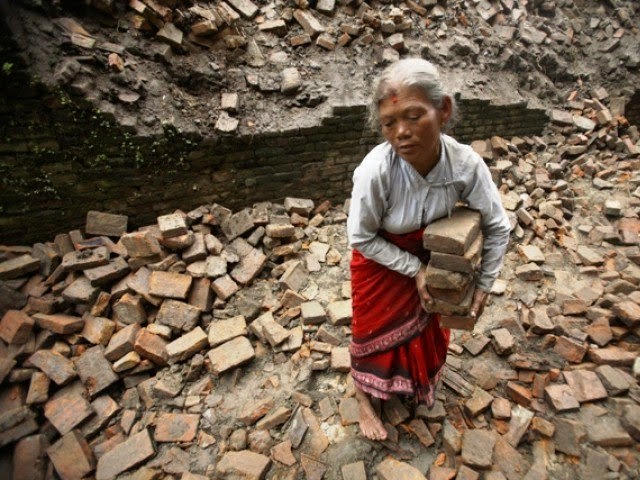 Nepal is going through a terrible tragedy and our neighboring countries have been more than helpful. However, something irked me to the point of insanity. (almost). It was this post by youth opinions on “Things to know before you hate your government”. I thought that I will be able to get insight on the matter instead I was greeted by the ignorant rant of a lecture. I will be doing the same and I am going to take the help of this article to do so. I have blatantly ignored a few of the things written. So excuse me for that or don’t.

According to the article :

“1.  There are ancient arts and artefacts along with many valuable objects scattered around.  Government cannot just let anyone to enter those premises just because they call themselves volunteers.”

How do you judge a volunteer, in a time of crisis like this? how do you test them? Lives perish in seconds. Beggars cannot be choosers. People are begging for their lives, I would rather take the risk then have my people die. I am saddened to see our many artifacts in the rubble, but even if delayed they can be restored. Can you say the same about people? Do you promise me that these ‘anyone’ you talk about are only thieves? Have you come up with a mechanism to sort out the real from the fake ones? Has the government done that ? When every second is vital,  you expect the government to judge the person character and then assign them the work?

“2.  There are religious missionaries subtly trying to turn this devastating moment into an opportunity to spread their religions.  As a secular country, government has to be cautious about those religiously motivated volunteers.”

Does this mean we let people die? I am not mad at the government for the post earthquake activities. What about before that? What about swaying these people left and right with promises in exchange for votes? Where are they now? Turning everything into religion is not going to help you win the case. A person who lost his family, injured, hurt and troubled do you think they care? They shouldn’t. Neither should we. There always going to be some extremist trying to turn everything into a religion but we have a choice and the power not to listen to them.

Then the article defends,

“3.  Every country has their own agendas along with their aid, apart from purely humanitarian move.  For example, China may not like Taiwan’s active aid in Nepal.  India may not like China’s over influence in Nepal.  US may not like Russia’s over access to Nepal in the name of help.  Government of Nepal, has to listen to everyone and priorities things based on long term foreign relationship with these countries.  “

Everyone has an agenda, you have one for writing this post and so do I. I understand the need for diplomacy in politics and international ties but how does that explain the governments lack of pro activeness after the earthquake? Where is the support that everyone desperately needed? No one addressed the crisis. Does that justify someone who was suppose to be for the country only go as far as his in laws house? Lets be real. If you are going to put on your dhaka topi and walk around claiming to be the leader, you better be the god damn leader. Take quick action, address the crisis, calm the people down. I learnt this in high school as a class monitor, how come country leaders do not know this?

Article goes on to say.

“4.  What will do all the foods and things if there is no mechanism built enough to deliver?  All that will go waste and pollute and clogged things around.  So, government must not entertain every stuffs come in donation no matter how generous it is.”

Okay we are mad at the government right? But its still there. The mechanism is still stuck, people are darting around helpless. People reveal they do not have enough necessities. The “stuffs” that you refer to, what are they? Yes these issues arise not all donations are important but I do not see the transparency that people want. These “stuffs” you refer to, what are they? Do you know? Are you referring to all the articles based on Haiti? Yes, that could be a problem in the near future. But for now government is made of the people right, doesn’t this government have a mechanism? Shouldn’t at least try? Was it not given 7 years to come up with one? They were so busy playing musical chairs with each other, how were they to know?

“5.  Government is very desired position for many power hunger and this is the right time to hit the existing government to grab the power from or weaken the government for future political move.  Government has to be vigilant about this as well.”

Power hungry… this sounds familiar, are you referring to all the people that make Nepals government? So you are saying that the years of being vigilant was not enough? You want them to stand on guard and do nothing, yet again? They should be passive when the Nepal needs the most. Hmm… reminds me of days when that happened. When was it? Oh, I remember all the time! Should they not be so selfish for once?  given I don’t know thousands of people lost their lives! Then again people died before it doesn’t matter. Right? WRONG. Lives matter. You are suggesting that people who are hungry of power be given more power. The power to sit and watch while Nepal works to survive?

“6.  Not every volunteers are what they seem on their badges. Some simply want to have some fun.  This is not the time for fun.  Government has to stop such jobless people to enter the country now. “

Let them go for fun.  “Fun volunteers” who are willing to go to a dangerous country where resources are limited and your life is in danger. Where there are chances of disease spreading like wildfire and people are suffering left and right. I am sure these volunteers are eager for the physiological and physical damage they may have to encounter. Anything for the name of fun right?  To me this point is a bit delusional. In order to stop one or two “jobless” people who are not exactly jobless we should doubt every volunteers credibility.

The article was pretty anti foreign countries. That is clear. You asked me who do I trust. Not my government, not my leaders. Then who? I trust my people.

If thinking about your country and your people. Feeling frustrated for not being the best is gulami. Then I am a gulam. For years we suffered on the hands of the so called Nepali government, we kept quiet. When the entire country shook, we spoke. We shall keep speaking. Regardless, of delusional ideologies or not. When I say delusional ideologies I mean yours. Jai Nepal!

Your Passion Will Not Please You. Not Always.

I have written many posts on passion or the rather on the redundant and over used titles of “Do what you love”.

Chronicles of Kathmandu: Hint It starts with Hyakkk and ends with a Thu

Chronicles of Kathmandu“So what’s Nepal like?”, “It’s quite amazing actually the mountains the fresh air, something

There is nothing wrong with having a bad habit here and there. As long as it does not consume your life and you still know

You have Successfully Subscribed!